Home More Vaping: Is It Bad for Your Health? 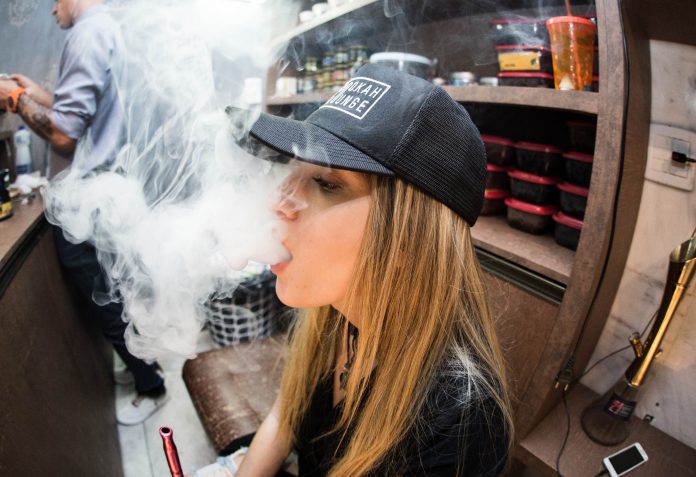 Vaping is one of the newest phenomena in the world. The speed at which vapers each year are growing is astonishing and a little worrisome for cigarette manufacturers. The success of vapes is not only phenomenal but how it came to take over is even more surprising. The technology was developed purely out of spite for cigarettes. The inventor’s father died of cigarette smoking, and this was something that the inventor did not want not to want other sons to experience. So he tried to manufacture a device that would help people get off of cigarettes.

The first few years the technology did not take off. Smokers thought that the technology was just another hoax that could never be effective in replacing cigarettes because it was not possible to do so. However, when the technology did take off, it was impossible for cigarette manufacturers to retain their market share and they were soon on the losing side. Now, the market for vapes is worth hundreds of millions of dollars with thousands of e-juice products in the market and millions of consumers.

The shift was not easy though. The consumers, with time, found reasons to let go of their smoking and jump on to vaping. The manufacturers wanted to give consumers reasons, and through multiple awareness campaigns about the harmful effects of cigarette, they were finally able to create a consumer base educated in the how and what of smoking and decided to move on. Vapes gave them a way to quit, and many consumers did shift.

The harmful effects of cigarettes were not the only reason, however. Some people also loved the idea of having the liberty to choose their flavors. Such liberty was not what smokers were used to, and when vaping did provide such an opportunity, they were quick to pounce.

In addition to this, the liberty was not only regarding flavor but nicotine strength as well. It was now up to the consumers to decide what they wanted to vape and also what strength the nicotine content would be. This made all the difference in vapes taking over cigarettes because it allowed the smoker to eventually tone down on nicotine so that he/she could subsequently quit for good.

Is It a Gateway Device?

For the first couple of years, vapes were used to reduce dependence on cigarettes, but it did not take long until it was found that instead of discouraging cigarettes, vapes were starting to encourage smoking. This became possible because the profit-chasing manufacturers looked for new technology that provided better and first time vaping experience. This made it possible for vapes to become addictive themselves and people were now hooked up to vaping.

Soon enough, it became apparent that the subtle and experimental nature of vapes had the potential to work as a stepping stone to cigarettes themselves, which is exactly what started to happen. Young adults would start vaping, and soon enough when they were bored by the subtle nicotine hits, they moved on to cigarettes. So, not only were vapes not fulfilling their purpose, but we’re doing the exact opposite of what they were meant to do.

Simply put, no; vaping is not harmless. Although manufacturers will claim that vaping is entirely safe, they have every motivation to make that claim since they are profit-maximizing entities. There are several health risks associated with vaping that may not be as widely apparent, but exist nevertheless.

One of the most usual cases of injuries that occur from vaping is explosion wounds. Many a time, the lithium-ion batteries of vape kits blow up. These explosions are hazardous since the device is held very close to the mouth and once the explosion does occur, there is always severe damage to the victim’s face. The FDA has tried to establish this danger and is working to ensure that any cases of such explosion are reported to them so that they may take strict action, but the accidents occur.

Some people might claim that no tobacco smoke means no health risks, but it might come as a surprise that upon conversion to vapor, the constituents of an e-liquid attain the characteristics of several cancer-causing agents and are often formally classified as carcinogens.

Those in favor of vaping base their arguments on the fact that there have been no cases of severe diseases among vapers without realizing the fact that the data of prolonged exposure to vaping is not available as yet because vapes are a relatively new technology. This means that the inconclusive studies do not stand to validate that vapes are harmless. In fact, the inconclusiveness of these tests should even cast doubts upon whether vapes are less harmful than cigarettes, let alone being completely harmless. 3 Ways That you can Save Money and Eat Healthier