Home More Is It Worth Paying the Cost of Nuedexta Medication? Is it worth paying the cost of Nuedexta medication? Here’s a quick review.

The cost of prescribed medication can be a serious drain on your finances, especially if it needs to be taken for the long term. Here we take a look at the drug known as Nuedexta, outlining its purpose, the costs associated with this medication, and evidence which may help us answer the key question – is it really worth paying the cost of Nuedexta?

What is Nuedexta, and who is the typical user?

Nuedexta is a medicine made up of quinidine, generally used to change and correct irregular heart rhythms, and dextromethorphan, a well-known medication which interacts with the brain to act as a cough suppressant. When combined they have a third use, which is outlined below.

The most common use for this drug is to help reduce incidents of involuntary and uncontrollable laughter or tears, which are often particularly distressing symptoms of certain neurological conditions such as Lou Gehrig’s disease, multiple sclerosis, and amyotrophic lateral sclerosis (ALS). This symptom is known as the PseudoBulbar Affect(PBA), and there are thought to be at least two million people in the USA who suffer from it.

Nuedexta has very positive reports from those who are prescribed it, so there’s little doubt that it is both effective and able to offer relief to many thousands of people every year.

How much does Nuedexta usually cost?

This is not a straightforward question with a simple answer as there are many factors which could influence the cost to an individual, not least the kind of insurance coverage they have, and where they source the medication.

The average retail price, without any discounts or special offers, seems to be around 900 USD for 60 capsules, though it’s not too difficult to get 10% plus off this price with a coupon or a special drugs discount card. There are also other avenues to pursue if this kind of price tag is beyond your wallet, so if you are struggling it’s worth contacting the manufacturers of Nuedexta directly and asking them about your options.

Your doctor may have details of assistance programs designed to help those who cannot afford vital medications. They may also be able to help you by supplying some sample packs of the medication, or by prescribing something similar which will work out cheaper to buy. Whatever route you choose to take it’s vital you explore all options around Nuedexta cost, as the benefits of this medication are immense.

Is it possible to buy cheaper versions of Nuedexta?

We mentioned earlier that Nuedexta is simply the name for two different, cheap and widely available medicines called dextromethorphan and quinidine. It is not impossible for a qualified pharmacist to create their own version using these ingredients – presuming they know the correct ratios. However, with options such as Nuedexta coupons, free samples, a co-pay savings card (eligibility depends on insurance coverage) which dramatically reduces the costs there are plenty of opportunities to explore.

Nuedexta is definitely a medication worth paying for, but with so many discounted opportunities around it would be silly to pay full price. 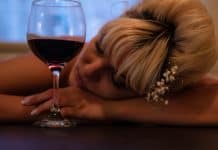 Put Down the Bottle: What to Expect During the Alcohol Recovery Process