I’m feeling good for a Monday. The yoga class from last week was amazing. I think I’ve always been doing yoga-light. This was all levels and there were quite a few very experienced yoga people in the room.

My friend who taught the class made it challenging for everyone. Quite a task. I was pleasantly sore the next day. She even helped me make some modifications for my toe.

We did plenty of great moves and I worked up a nice sweat in the 75 minute class. The teacher helped me work on the pigeon pose, which I think I’ve been doing wrong and my hips were appreciative. I hope I can get back there more often. During the end part of the class where you lay quietly, my brain was actually quiet. Kind of like at the end of a run when I can zone out, I felt the same peace. It was so relaxing.

I had a really bad run last week on Tuesday – my ‘good’ ankle had a pinched nerve pain for almost the whole 3 miles. I walked a lot at the end and it calmed down. I didn’t want to talk about it here because sometimes I feel like I whine about stupid aches and pains. It was something I hadn’t experienced before and was silently hoping it would go away.

My run the other day was pain-free, so that’s good progress.

Random-est moment of the run: we were finishing up and a woman driving out of a driveway near us rolled down her window to get our attention. After silently muttering that we were in the middle of a run and I didn’t need to have a conversation with some random lady (she had started with “Do you have a minute?), we talked to her.

She started asking us how often we run and then told us about a running group that she’s involved in. She said there are 60 runners that meet at a local park very early every Saturday morning. They have a coach and warm up together and then run to the beach and varying distances.

I didn’t know this group existed! I knew a couple local running stores had groups that met in the evenings, and that schedule wasn’t going to work for me. I recently read a blog where the blogger who runs about my pace was very discouraged going to a running store sponsored run group. So, that’s kind of intimidating to me.

We couldn’t make it this past weekend, but we think we can go this weekend. I’m kind of glad I’m going with my friend, if we can’t find anyone that runs close to our pace, at least we have each other. Plus, it’ll be fun to branch out our running buddy circle.

After my pain free Friday run, I decided to go ahead with my weekend long run plans. 6 miles It was a great run. I took a route that had me hitting some hills and I tried to keep my pace slow. I finished feeling tired, but also like I could have kept going. 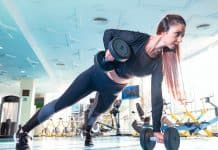 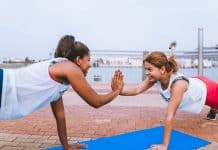 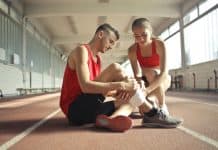