I had been having a lot of pain in my right foot for a few weeks and was finally scheduled for an MRI and after than, and I was to go to the orthopedist for results.

The morning I was meant to go, I was hardly able to put weight on my ‘good’ foot (the left). I went to work and was doing okay until about 11AM when the pain got so bad, I thought it best to see if I could move up my appointment or maybe just go to the emergency. I finally managed to get the appointed a bit earlier.

By the time I left work I was in a lot of pain, so I called my mom to meet me with some crutches. I couldn’t even get around and I fell into a puddle of tears at one point just struggling to get to the stupid bathroom. The pain had started gradually and I had no idea what I did.

At the doctor, we pretty much glossed over my MRI results, no fractures and he took some x-rays on the left foot. Nothing broken.

By then, my foot was swelling up all along the outside. The doctor thought I might have an inflamed nerve, and my symptoms seem to dictate that. I kept the on he told me to use my lidocaine patches on the foot for 12 hours on and off, and then come back in ten days.

My foot still really hurt and it was actually swelling more. The only thing that helped was immobilizing it in the boot, but it turns out that was not the best thing to do.

I actually slept in the boot that night and with the lidocain it did help a little bit. By the next day I was slightly mobile on my crutches, but very awkward.

After being in the boot for almost 48 hours (only taking it off to shower), the pain was going down. The foot was still swollen, but the pain was much more bearable. I managed to put a little weight on it and then to get around on one crutch, which was great to finally have a hand free. Later that night, my whole calf was sore, but I put it down to the strain of the crutches and the foot pain.

Day four and I declared myself boot free and was just trying to deal with the pain of the calf, as my foot seemed nearly better. Day five I started icing my calf because the pain was getting worse.

Day six my leg started to turn red. I was concerned. I did what you are not supposed to do and googled my symptoms, and the first 3 articles I read referenced calf pain and Deep Vein Thrombosis (blood clot). So, I did a bit more research on the subject, and because I had immobilized my foot for so long, had major pain and redness in my calf, and had the serious risk factor of taking birth control pills, I decided to have it check out again.

I went to an urgent care facility who instantly referred me to the ER as that’s the only place with an ultrasound machine.

At the ER, I underwent and ultrasound and it was confirmed that I did actually have a blood clot in my calf.

I received an injection of Lovenox at the hospital along with an oral dose of Coumadin. Then at home I had to give myself 4 daily injections of Lovenox and take the Coumadin for 30 days.

The Coumadin may be extended and I had to go for weekly blood tests to see the clotting or thinning progress of my blood. Giving yourself a needle is really not my thing. It was hard to do it at first.

Day seven the major part of the pain went away within a few hours and I still had trouble walking. The compression on my leg helped the swelling go down and then by the next day it was much easier to start walking a bit.

I am thankful I looked up my symptoms online, so much better to be safe than sorry. If you think something is seriously wrong, please don’t hesitate to go to the doctor. I caught my clot early, but not everyone is as lucky.

For more information about Deep Vein Thrombosis, ask your family medical practitioner, and be aware of your intake of Vitamin K, like green leafy veggies, eggs and strawberries, plus a lot more.

And a very good piece of information: “Being apparently healthy and being an athlete does not prevent a person from developing blood clots.” – from the NBCA website. How Running Changes Your Body 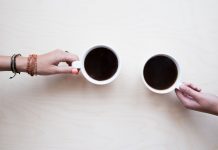